A Man of Prayer 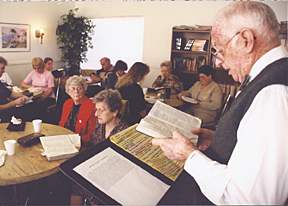 Jack Longgrear, teaching God’s Word, in a central Arlington apartment community which he pastored for more than 2 decades. Imogene was the children’s ministry leader.

This article was originally published over 4 years ago, and it is an encouragement and/or a reminder that we can be a people of prayer during this difficult season in our country

Jack Longgrear was a man of prayer. His faith was his priority in life, and God used this faith in beautiful ways to provide for his family, to care for his friends, and to touch a community.

Jack passed away just before Thanksgiving, on November 17th, in 2015. Jack’s wife and kingdom partner for sixty-eight (68) years, Imogene, preceded him in death by just a few months. Just before Jack passed away, many noticed the presence of a smile, as he anticipated going home – to see Imogene, of course, but more importantly, his Lord. It was that kind of peace and joy that touched so many people across the years of Jack’s life. There was a transparency about him, so that one could almost look through him to see Christ.

As Mission Arlington® heads towards its 30th anniversary this August, we recall our beginnings of more than 3 decades ago.  Because Jack and Imogene were authentic and practicing people of prayer, God placed them into the life of Bob and Tillie as they prayed about starting what would become Mission Arlington®. There were many prayer meetings in the home of this faithful couple. In the living room of their lovely home, the Longgrears’ would pray for Tillie, and for God’s leadership in this new endeavor.  These prayer meetings went on for months, and they formed the path and the language of our work in and our heart for this community.

Ministry was a big part of Jack’s life.  He spent time with his family members weekly teaching various ones the Bible, and he took great care to write letters of encouragement to those of us in ministry here at the mission. Jack and Imogene put their faith into practice, becoming the team leaders of an apartment congregation in central Arlington. Jack pastored that congregation for more than two decades. His signature opening declaration each and every Sunday was “This is the day that the Lord has made. I will rejoice and be glad in it” (Psalm 118:24). Jack meant it, and everyone felt it. 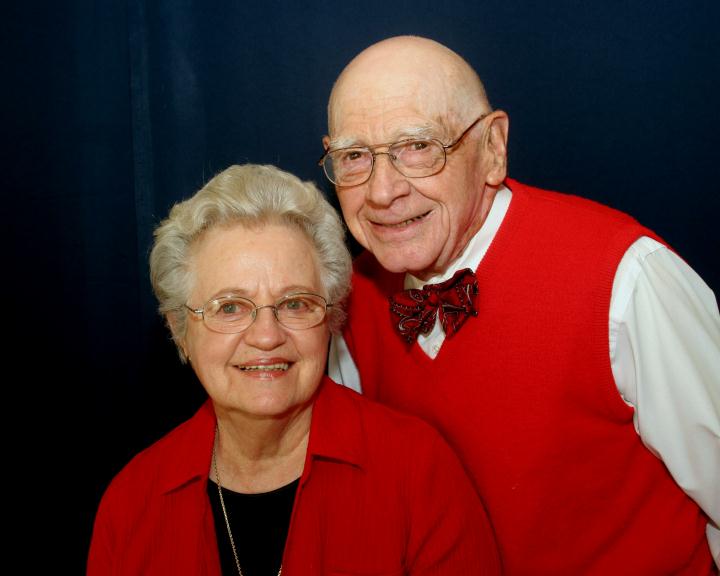 Jack and Imogene served on the Mission Metroplex® Board of Directors for more than 25 years.  The January before Jack’s death (2015), that board started the year with a prayer retreat (as is its usual custom).  Each member of the team read a book entitled “Drawing the Circle,” a book about prayer written by pastor Mark Batterson.  Jack shared at that prayer retreat how, even in his 90’s, he was intending to grow in his prayer life.  He was “drawing circles” in his home around people he cared about and for the mission and ministry of Mission Arlington.®

Everyone who heard his testimony that evening was touched by Jack’s confession. It is possible that we have had no greater prayer warrior on our behalf than this precious man.  We treasured his friendship, and we miss him much, but we are grateful for the foundations which were laid early on, and for all of those who are taking Jack’s place in the “circle of love” around this place.

As our country, our county, and our community undergo the difficult days of the Corona Virus, may we remember Jack’s example. May the Lord find each of us as faithful as we serve Him in these days. We are grateful for you.