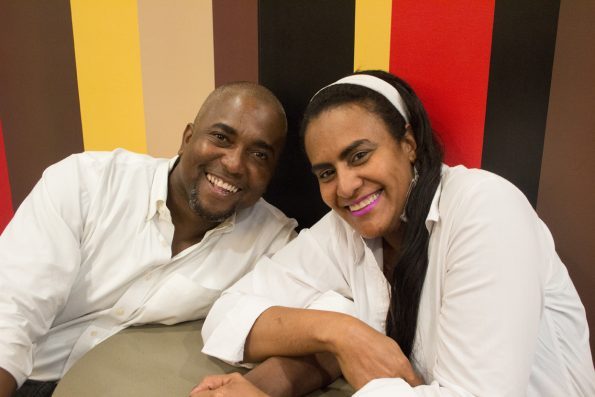 Alex was building yachts in Italy when a friend introduced him to a real life in Christ. Alex began studying the Bible, soaking it in, when an acquaintance from his home country of Columbia caught his attention on social media. He sent her a friend request on a whim.

Irina, a lawyer in Columbia, had just ended a serious relationship with a man who had been unkind. She took a short trip with a friend to Europe to clear her head. While visiting Italy, she met Alex in person. Their friendship continued, and they were married shortly thereafter. Alex returned to Columbia, and they started their life together.

Then, seemingly out of nowhere, God sent them to America. They moved here with no family, few connections.

Alex says he relates to Abraham being called to travel from the comfort of home and family to a new land. He wasn’t sure why God was asking them to leave, but they followed and found themselves in a new, difficult, blessed journey. He remembered how when Moses questioned God, God replied, “I AM.” This same God was telling them to move, so they moved.

While settling down in Arlington, they found themselves needing a little help. They visited the Mission. A woman named Lucy helped them and noticed they seemed so alone. After listening to their story, she invited them to church. They came the next Sunday and have scarcely missed a Sunday since.

At church, Alex and Irina found a solid place to study the Bible, to break bread with other believers, and to participate in outreach. Irina grew up in church, but says before she moved to America, she didn’t really understand what God and the church were about. But in the last few years, she has seen the church come together to pray for her when she’s in need and to meet physical needs as well. She remembers with a smile, “We needed a bed, and, who was it? Lucy’s son came in a truck and delivered us a bed.” Irina smiles again when she says, “And the dental clinic fixed my teeth. I’m not in pain anymore.”

The whole time, they have continued to give back and volunteer in their community as they are able. They invite people to church and are glad to share God’s word with their neighbors.

The stories of God’s provision and plan are more than will fit in this short space, but it is clear, Alex and Irina have found joy since God sent them here from across the globe.