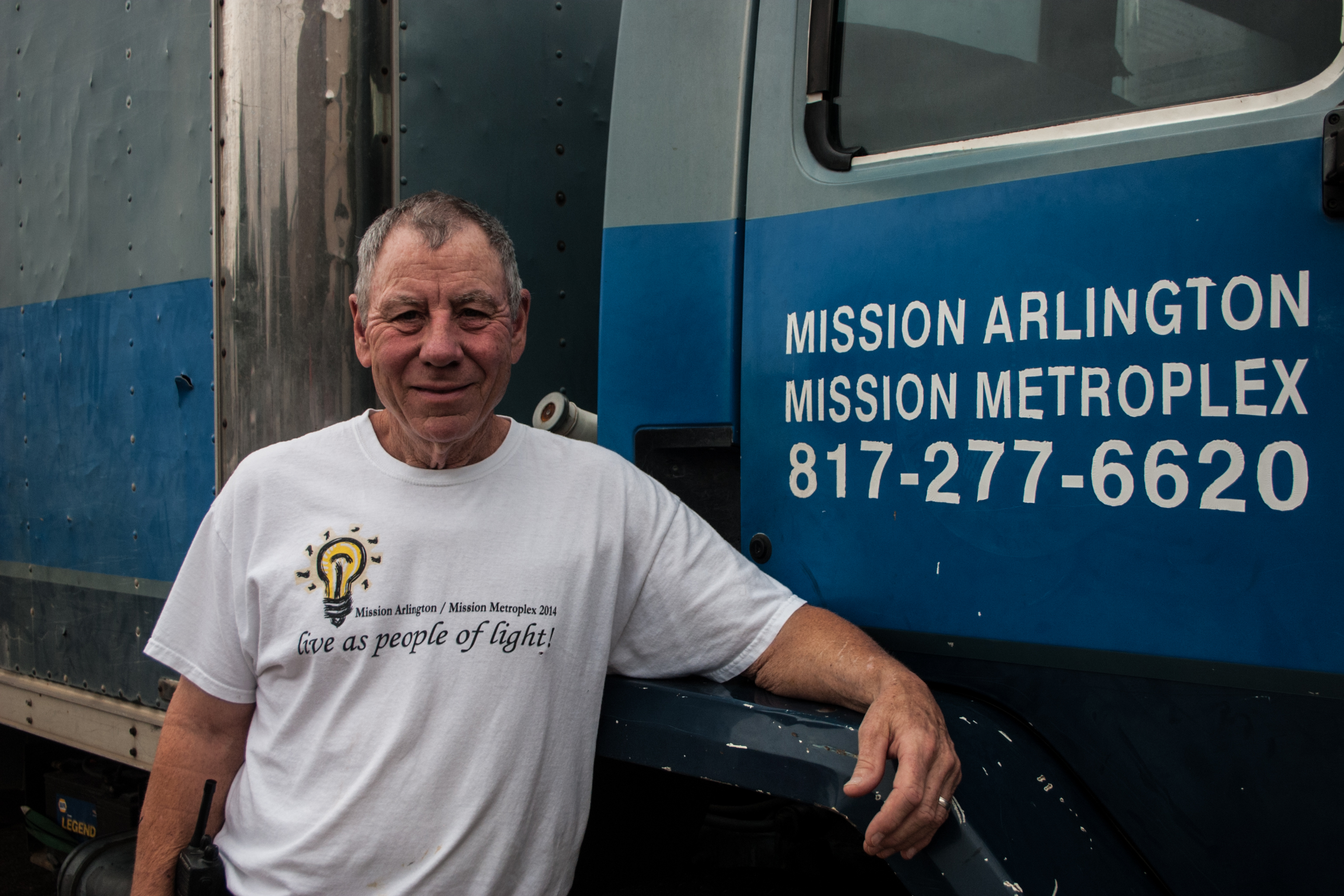 While Tommy was attending Grace Street Church in Arlington many years ago, he felt the call to minister at Mission Arlington®, but says, “I knew I could not be there like I was.” At the time, Tommy struggled with a serious drinking problem. During this time, he met with his pastors and Tillie Burgin. Tillie challenged him to stop drinking and get his life back together. That night, he went home and did not drink, but he didn’t sleep either.

While the struggle continued, Tommy sought out people from his past and made amends where needed. After visiting with the last person on his list, Tommy says God took the urge to drink away. Although he had tried several 12-step programs, he says he had always joined the program at someone else’s urging and found no long term success. But this time, God truly transformed his life, and Tommy says, “Tillie was instrumental in my sobriety.” 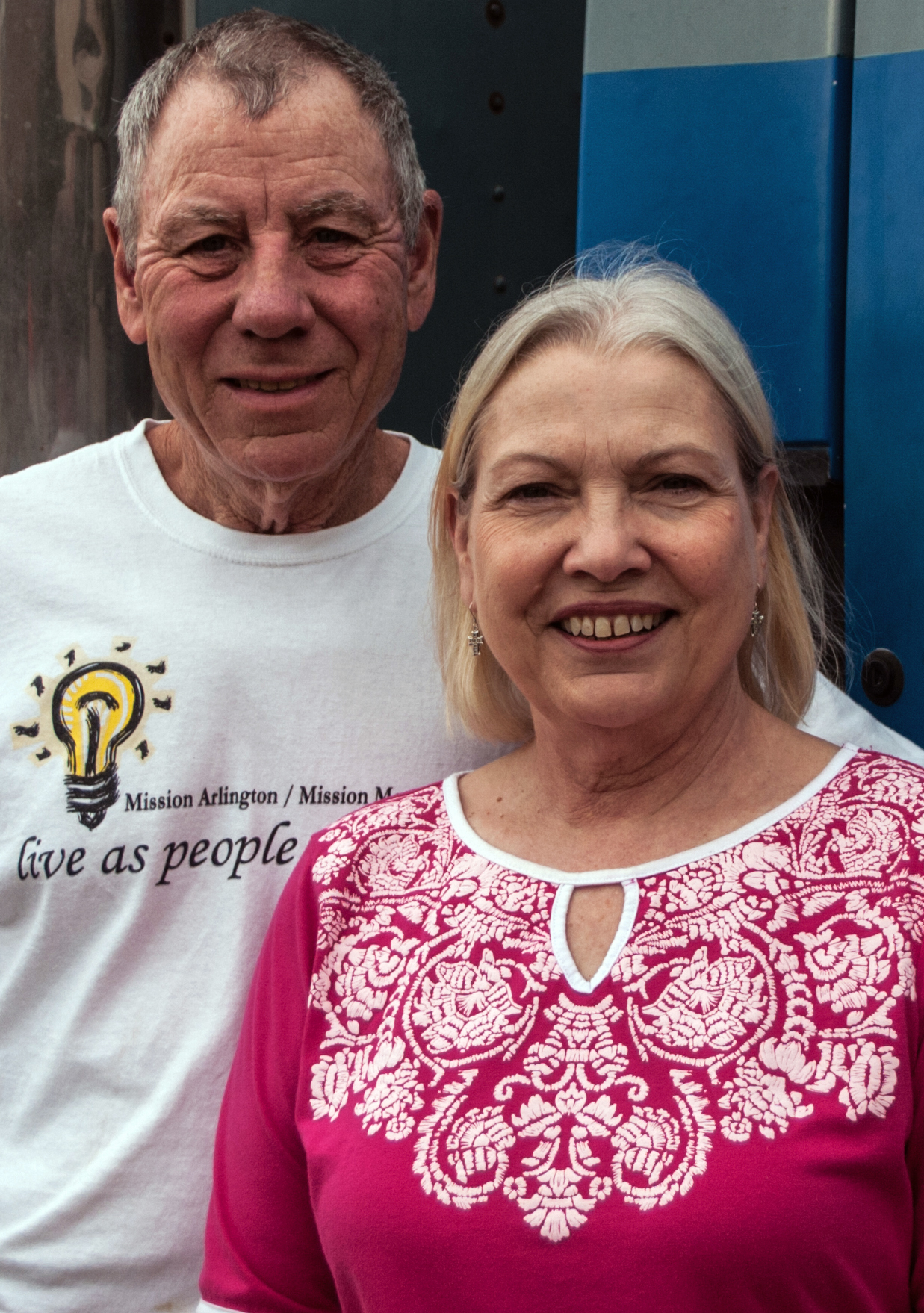 Tommy and Noeleen have been married for 15 years.

Shortly after, Tommy began dating Noeleen, and they were married within 3 months. Now, 15 years later, Tommy and Noeleen work full-time at Mission Arlington®. At Grace Street Church, he is a maintenance man, audio-visual expert, praise team member, Sunday School teacher, and more. During the day at Mission Arlington®, he is a truck driver, picking up and delivering donations.

The time in the truck is not wasted by any means. Tommy calls his truck the “mobile tabernacle” where he can share his faith with the people who ride along with him. Often, if Tommy finds himself talking with one who has had a similar experience, the rider is more likely to listen because of Tommy’s past problems and how God is obviously at work in his life today.

We thank God for Tommy and for the path that led him here. His life is a true testimony to God’s power.